Someone Cares About You 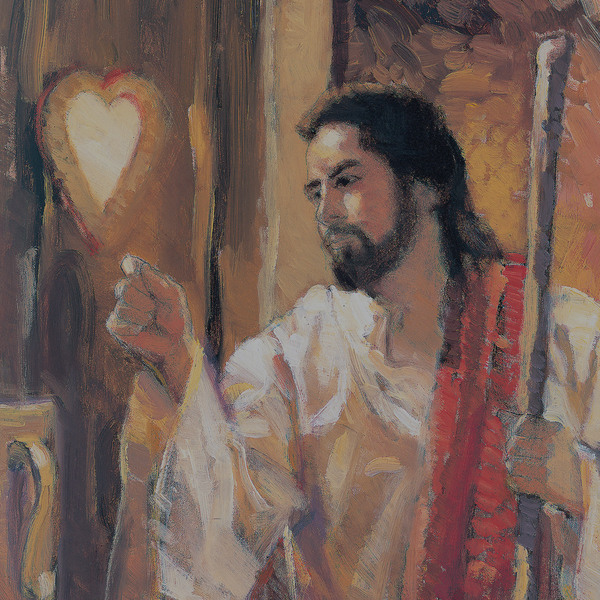 Joe and his two grade-school sons, Brady and Cooper, were skiing some of Colorado’s finest slopes. The snow was deep and powdery. The days were bright and crisp; the nights were full of stars. One morning the two boys decided to make new ski trails through a forest that paralleled the slope. Joe told the boys he would meet them at the bottom of the hill. Joe and Brady and one of their friends popped out of the end of the forest. But Cooper was nowhere to be found.

Joe patiently waited for thirty minutes, hoping to spot his son’s bright yellow ski pants. But Cooper didn’t emerge from the trees. Joe called the ski patrol for help. This group skied down through the forest searching. Still no sign of Cooper. Lunch time came and went. Eleven-year-old Cooper never missed a meal, no matter what was on the menu. But by 2:00 p.m. he hadn’t appeared, and tears were beginning to fill Joe’s eyes. He feared something had gone terribly wrong. By 4:30 p.m. the ski lifts had shut down, and all the other skiers were going home. Joe was frantic. He looked up at the almost emptied slopes, hoping against hope. As the last few stragglers made their way down, there at the tail end was a tiny, lone skier in bright yellow pants. Joe’s tears became uncontrollable sobs. But he quickly skied across the base of the slope to meet Cooper. The two threw their arms around each other and hugged for five minutes, unable to speak.

A ski patrol man gliding by called out to Joe, “I bet you’re gonna be mad at him!” He obviously was not a dad who’d been separated from his boy. Joe couldn’t imagine being angry. He had lost a son, and now he was found!

The Bible tells us that you and I are sons and daughters of God. He loves us. Oh sure, we don’t always please Him. In fact many of us live lives that reveal we don’t even think about Him. But God never gives up on us. Even some of us who claim to belong to God, and to His Christian church, sometimes live as if we are lost to His plans for us. That’s why He has given us messages in the Bible to help us. God is still reaching out. He does that because He loves us!

Scripture says the Christian church is like a body, and Jesus is its head. That means that believers, members of Christ’s church, are like His hands and feet in the world; we are to go and share with others that God loves them and died for their sins. One would expect, then, that Jesus would be very concerned about the welfare of His body, the church. And guess what? He is. The second and third chapters of Revelation contain letters Jesus sent through John to seven churches in the province of Asia in the area that is now modern Turkey. The churches are Ephesus, Smyrna, Pergamos, Thyatira, Sardis, Philadelphia, and Laodicea. These cities were so located on the interconnecting Roman highways that it was possible to visit each one of them in the order they are listed.

The characteristics and lifestyles of the members of these churches represent the journey you take as you grow as a Christian in your relationship with Jesus. There are times of struggle and times of joyful experiences. But no matter where you are in the journey, God loves you and cares about you. As you study the seven churches, relate your personal experience to that of the members of the seven churches.

In addition many biblical scholars believe that the seven churches are symbolic of the whole Christian church throughout history. The experience of each church taken in order reflects the experience of the Christian church during seven consecutive eras. This means that each message has three applications. The first applies to the actual church at the time of the writing of the letter. The second application is to an era of actual church history. The third is how the experience and message apply to your life and mine today!

Let’s study each church and make these three applications as we seek to understand God’s message.