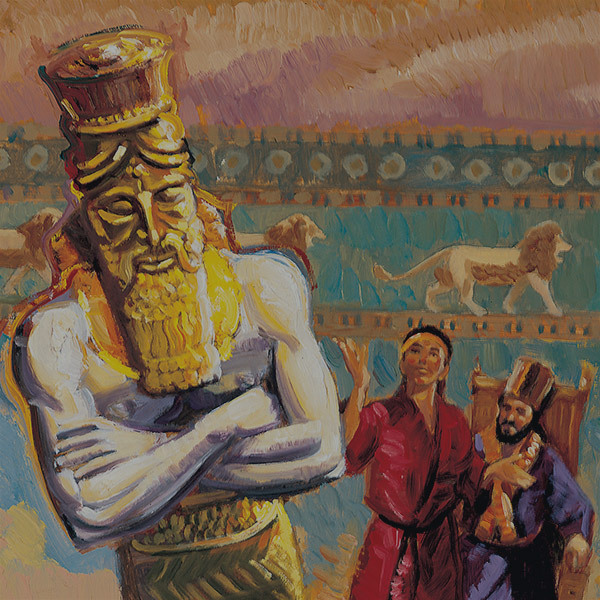 The wind-whipped sand stung his face like a hundred needles pricking at his skin. Daniel paused and wiped the gritty sweat from his forehead. The past six weeks seemed a long blur of sandals crunching on sand, a harsh sun beating down on his beet-red neck, and eyes squinting through stinging perspiration and the shimmering heat. They kept saying Babylon was just ahead. He hoped so; he wanted this nightmare to end.

During more than one cold desert night, as he lay wrapped in his blanket under the star-swept sky, he must have jolted awake, shaking with fear, imagining what Nebuchadnezzar might do to his friends and family. In a few short months horrifying scenes would occur. King Nebuchadnezzar’s vast Babylonian army would sweep into Judah. Soldiers would lay siege to Jerusalem. The Hebrews would succumb to gnawing hunger, fear, and despair. Battering rams would slam against the city gates. Wave after wave of soldiers would pour into the city after they crushed the main gate into splinters. The terrible screams of friends and families of the captives would be heard and their bodies sprawled along Jerusalem’s streets.

These images haunted Daniel as he marched along with other captive Israelites on their way into exile. Every morning as the roosters crowed in neighboring villages, buglers roused their Babylonian escort. Daniel would have to struggle to his feet, shove his feet into worn, dew-covered sandals, and prepare for another fifteen-mile desert trek, knowing there would be many more. It was a thousand-mile journey to Babylon.

Above all the thoughts running through Daniel’s mind, must have been the question—why? Why this tragedy? What had he done to deserve it? What possible purpose could God have in Israel’s utter humiliation? Back home in Judah, Daniel had belonged to a loving family who gave him the best life had to offer. He faced a bright future as one of Jerusalem’s elite. Now he had nothing. The future seemed dark. Would he ever again see his country, his home, his mother and father? Would he spend his days as a slave to a treacherous king in a foreign country?

“Nebuchadnezzar king of Babylon came to Jerusalem and besieged it. And the Lord gave Jehoiakim king of Judah into his hand. . . . [Nebuchadnezzar] instructed Ashpenaz, the master of his eunuchs, to bring some of the children of Israel and . . . some of the nobles, young men in whom there was no blemish, but good-looking, gifted in all wisdom, possessing knowledge and quick to understand . . . whom they might teach the language and literature of the Chaldeans” (Daniel 1:1-4).

Daniel was taken captive when Nebuchadnezzar, the king of Babylon, attacked Judah and its capital, Jerusalem. When the Babylonians overcame their enemies, they often carried off certain young men who were in excellent physical and mental condition. They taught them the language and customs of Babylon and trained them to serve in its government.

“Now from among those sons of Judah were Daniel, Hananiah, Mishael, and Azariah. To them the chief of the eunuchs gave names: he gave Daniel the name Belteshazzar; to Hananiah, Shadrach; to Mishael, Meshach; and to Azariah, Abed-Nego” (vss. 6, 7).